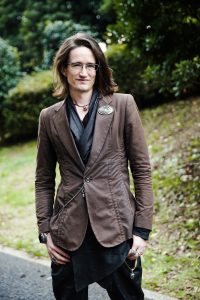 Samuel is British and was raised in Europe before settling in Japan.

He is a graduate of the University of Tokyo and is a highly talented writer with newspaper, magazine, and web-media experience at the Japan Times and other high-profile publications. He also has a background in video and television, including as editor-in-chief of the Tokyo office for Fashion One TV, which is broadcast in about 120 countries. He was appointed lead writer for the international blog of Nihombashi Mitsukoshi, Japan's oldest department store, and is a lecturer at Bunka Gakuen University.

お仕事のご依頼・お問い合わせはこちら For all enquiries, please feel free get in touch